A perfect solo harp with additional mic positions and features. 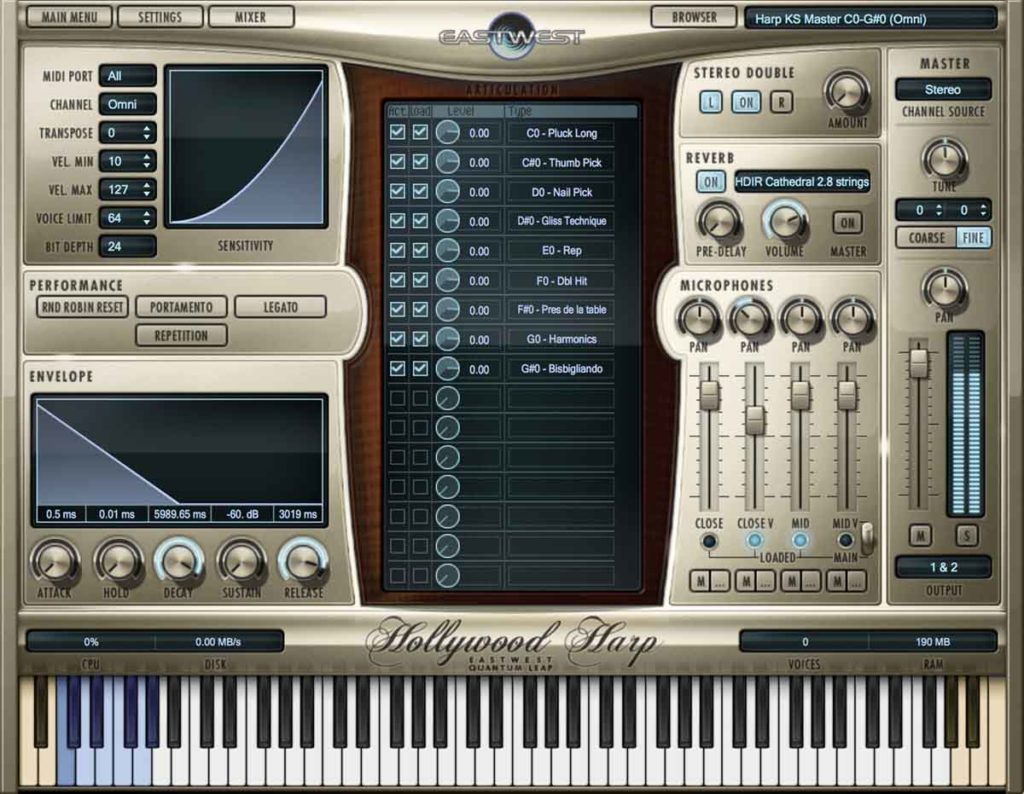 The EastWest/Quantum Leap Hollywood Harp virtual instrument is a library designed to work together seamlessly with the Hollywood Orchestra series. While it includes the same number of microphone positions, and many of the same features, there is a key difference outlined below.

Garritan
$69.95
The CFX Lite is a subset of the CFX Concert Grand that retains all of the expressive detail of the original by providing the full power of the Close Classic mic perspective. Today you can download stellar piano sounds at an affordable price.
Add to wishlist
Add to cart
Quick view
Compare
Close

Garritan
$179.95
We placed the awe-inspiring Yamaha CFX Concert Grand Piano in Abbey Road Studio One, where award-winning engineers used the world’s greatest microphones and equipment to create a stunning virtual instrument library.
Add to wishlist
Add to cart
Quick view
close
Start typing to see products you are looking for.